The study aimed to determine the effect of several temperatures of thawing water and the length of thawing on the quality of Simmental frozen semen. This research method was an experimental study used a multifactorized completely randomized design with treatment of thawing water temperature 26oC, 37oC, 42oC and long thawing 10 seconds, 15 seconds and 20 seconds. The data obtained were analyzed by Analysis of Variance (ANOVA). If there are differences in the real or very significant influence on each treatment, then Duncan's multiple distance test is continued. The results showed that there was a significant effect (P <0.05) between the duration of thawing and thawing temperature on sperm motility and viability, but there was no interaction between temperature and thawing time (P> 0.05). Thawing temperature of 37 ° C and thawing time of 20 seconds showed the highest viability and motility of sperm so that it could provide the best quality of Simmental cow frozen semen for artificial insemination 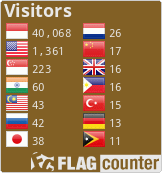