This study discusses the implementation of the Legal Aid For Children Against Perpetrators of Crime in the Criminal Justice System In the city of Surabaya. The purpose of this study was to investigate the application of the Legal Aid of Children as perpetrators of Crime in the Criminal Justice System in the city of Surabaya in 2014-2015. This research is descriptive analysis using normative and empirical approaches that examine the problems that exist legally by using the legislation in force and legal theories are supported by studies literature data. The research location Large City Police Resort Surabaya, State Attorney Surabaya, Surabaya District Court and Penitentiary Class I Surabaya. The informants are all the people / agencies related to juvenile justice in the city of Surabaya, which include police, prosecutors, judges, lawyers, competent parties in the protection of children, and child (the suspect / defendant). The data analysis used empirical method normative approach with descriptive qualitative analysis approach.The results of this study indicate that the implementation of legal aid for children as perpetrators of a crime in the criminal justice system in the city of Surabaya is still not optimal, namely: (1) The legal assistance in the investigation stage show still has not done well because there are many suspects who do not use their rights to be assisted by counsel law, (2) the legal aid at the stage of prosecution is still not effective because at this stage of the prosecution on the grounds during the examination, the prosecutor did not suggest to use a lawyer, besides that when using a lawyer will take a long time, it means that the suspect will old also on trial, whereas we from the family wanted to get this matter decided upon, and (3) legal assistance at trial stage has not done well as investigators and prosecutors who do not maximal in conveying the rights of suspects in addition to their obligation to execute orders provisions Legislation law that children with severe cases must obtain legal counsel without requiring the consent of the suspect. 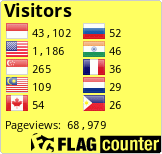