Tractor Two-wheeled as socalled hand tractors or hand tractors have increased in number in every region in Indonesia. Its effective and efficient use becomes aatractive’s farmers, especially in the island of Java where the majority of farmers have a small area of land. The purpose of this research is to know the need of fuel and efficiency of tractor of two wheel by using singkal plow. This research was conducted by experimental method on sugar cane field by randomized block design (RAK). The first variable used is the depth of piracy that is the depth of the plow singkal is 10 cm, 20 cm and 30 cm. The second variable is the speed of the tractor that is 0.5m/s, 1m/s and 1.5m/s. Pattern piracy is done back and forth meetings. The result of volume of additional fuel for soil treatment using tractor two wheels that is obtained the highest fuel consumption at the speed of 1.5 m/s with an average fuel consumption of 2.152 L/hour. Then at a speed of 1 m/s with an average of 2.039 L/Hour and the lowest is at a speed of 0.5 m/s that is 1.9 L/hour. The result obtained the highest average speed of tual work is at the speed of 1.5 m/s where the actual working speed of 3.602 Ha/hour. Followed by a speed of 1 m / s that is equal to 3.051Ha/hour and the actual working capacity of the smallest is at a speed of 0.5 m/s 2,612 Ha/hour. The speed of a two-wheeled tractor with depth of hijacking does not affect actual work capacity but affects fuel consumption

This work is licensed under  a Creative Commons Attribution License 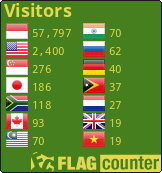